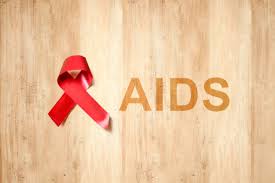 What are HIV and Aids

AIDS is an immunodeficiency syndrome caused by the HIV virus.

The first HIV/AIDS case was detected in 1986. A female sex worker in Chennai was diagnosed with HIV infection. Since then, the number has been tremendously growing, making India the second largest country with HIV infected people.

HIV (Human immunodeficiency virus) gradually develops in the body weakening the immunity of the body. It takes 8 to 10 years for HIV to turn into AIDS. The body steadily becomes weak and loses its ability to fight infections. It all begins with simple flu-like infections and untreated HIV develops into AIDS.

What causes this life threatening disease?

This virus spreads through infected blood. Any kind of sexual contact with an infected person or unprotected sexual activity will lead to HIV/AIDS. Apart from that, used syringes and needles and other drug injection equipment also possess the threat of transferring this virus. At times, infected pregnant women and lactating women also possess the threat of transferring the virus during pregnancy, childbirth or feeding.

In the initial stages, the symptoms are just like flu symptoms. This is generally known as ACUTE HIV These symptoms show up after 2 to 4 weeks of acquiring the HIV virus.

Gradually these symptoms fade out and an individual lives a disease free life for some years. In these years, the virus started attacking the immune cells in the body leading to CHRONIC HIV. An infected person is capable of transferring the disease at this stage too..

As more immune cells get destroyed, some symptoms eventually show up.

After a few years, untreated HIV progresses into AIDS. Some conclusive symptoms include

When an individual acquires AIDS, his immune cells are severely damaged and he is always at a threat of suffering from infections. His immunity is severely affected and there is unfortunately, no cure of it.

What is the line of treatment for HIV/ AIDS?

The maximum infected cases in India are between the age group of 18-49 years. Creating awareness about this disease is the most effective way to stop the widespread of HIV/AIDs.

APRIL 10 is denoted as National Youth HIV/AIDS Awareness Day with an aim to spread awareness through the right medium. The Government of India  has also launched the National AIDS Control Programme (NACP) to address the HIV/AIDS disease in the country and take preventive measures to reduce the infections and death due to HIV/ AIDS.